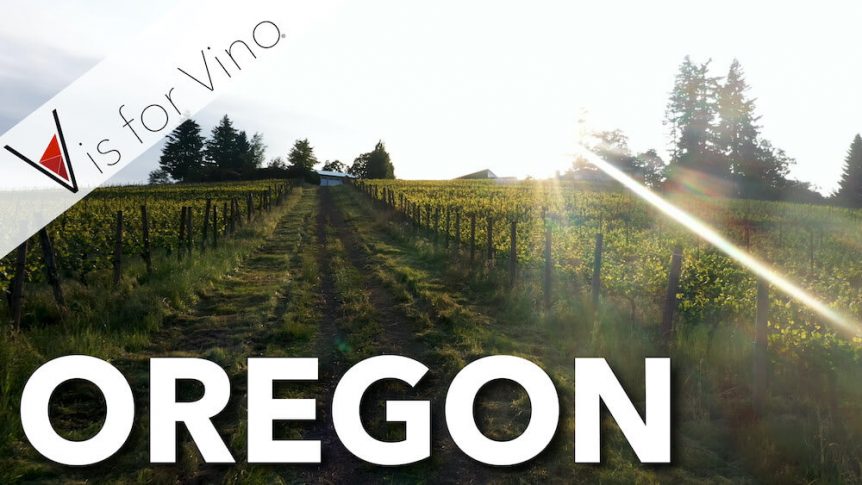 Oregon is the kind of place you visit once and go, “I could live this kind of life”. It feels like a secret that you can’t believe no one else has discovered. There are beaches, mountains, coastline, wine county, cities, gorges, and more. It’s one of the most fertile areas of the whole county, which is great for food and wine lovers; amazing produce year-round, and a whole lot of wine growing regions ready to be explored. If I were looking to buy some vineyards, I think I’d do it here. There’s also a huge commitment to the environment and responsible farming that means you can feel good about what’s going into your body and the land! Watch the video below about Oregon and the Willamette Valley, and then we’ll chat a little more about it!

The Willamette Valley is Huge

While there are other wine regions in Oregon, most of Oregon’s wine scene is concentrated in the Willamette Valley. Willamette is 150 miles from north to south, which is HUGE! It encompasses the bulk of both Oregon’s wine production and population; around 70% of each. There are 3 major cities within Willamette: Portland, Eugene, and Salem, party because they are all able to utilize the Willamette River which runs all the way through the region, and spills in the larger Columbia River.

The Willamette area was actually the final stop of the Oregon trail, as people were coming from all over the country to find a better life. The river helps produce incredibly fertile soil and farmland. This makes Willamette perfect not only for wine, but for all types of agriculture. As we find out later in our Oregon episode in our restaurant Ned Ludd, the produce game in Oregon is no joke. After our shoot, I spent some time in the farmers market in Portland, and it was one of the most diverse markets I’d ever seen. And even in early spring, summer produce was already ripe.

LONG: Because of how far north Oregon is, while the winter days are short, the summer daylight hours during the growing season are long; around 15 hours of sunlight per day.

DRY: Because the Oregon coast mountain range and Cascade mountain range actually flank the Willamette Valley (effectively, making it a Valley), the region is protected from excessive rain.

Most wineries in Oregon are considered “very small”, which means about 5k cases per year or less. An amazing fact? There are some wineries from California that produce more than every single Oregon winery combined! As a wine lover, this is a great thing: it means there’s a ton of love going into your product, especially since most wineries are certified organic, biodynamic, or sustainable!

One of the best things about Oregon wine country is how there is still so much land to be utilized. Unlike a lot of places in California, where most of the land in a wine growing region is all bought up, Oregon still has plenty of space to grow. And I don’t mean in just the Willamette Valley: there’s a whole state worth exploring! There are a lot of AVAs that have so much potential, from the Columbia Gorge, to Snake River Valley, and more. Cheers to more Oregon wines in the upcoming years! WATCH THE FULL OREGON EPISODE to learn even more!